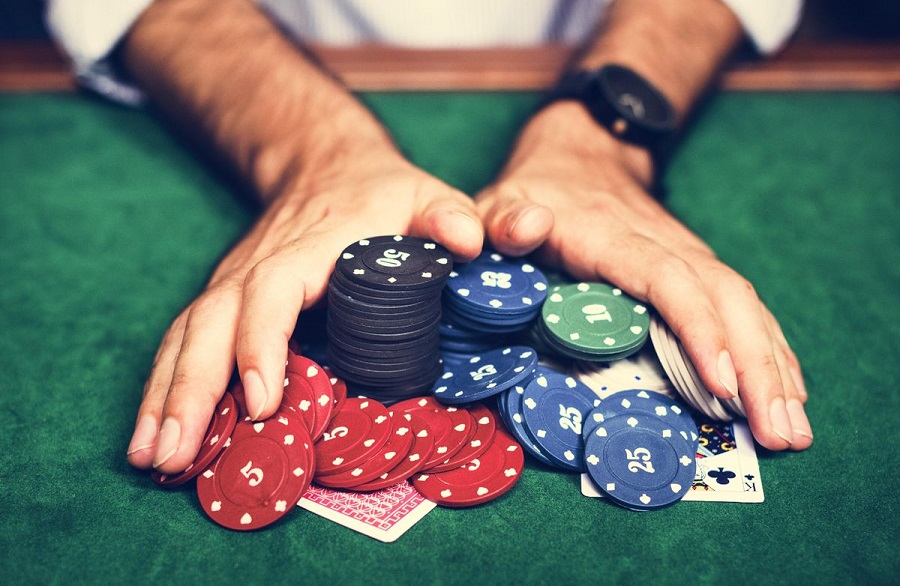 Most versions of poker follow the outline given below, but in a home game of course you are free to change the rules as you wish.

Players bet into a communal pot during the course of a hand and the player holding the best hand at the end of the betting wins the pot. In each betting round the players in turn may take one of four actions:

Betting usually proceeds in a circle until each player has either called all bets or folded. Different poker games have various numbers of betting rounds interspersed with the receipt or replacement of cards.

Poker is usually played with a standard 4-suit 52-card deck, but a joker or other wild cards may be added. The ace normally plays high, but can sometimes play low (in none Royal Flushes). At the showdown, those players still remaining compare their hands.

See our Poker Hands page for an explaination of their rankings and our Poker Rules and Poker Versions pages for some of the many variants of the game and if you want to know where it came from visit our Poker History page. Our Poker Odds and Poker Tips pages will provide advice that should help you improve your game.

A brief history of Roulette

Roulette is on the face of it a simple game of chance, bets are made on the resting place of a ball spun in the opposite direction to the rotatating roulette wheel. There are either 37 (European) or 38 (American) possible positions the ball can land in, wagers can be made on single numbers, various groups of numbers, black or red infact in theory you could bet on every outcome but although you would win you would end up out of pocket.

So where did it come from, like many games the origin of Roulette is lost in the mists of time, its quite possible the game is almost as old as the wheel itself. Some histories claim it originated in the far east probably China mirating to Europe with trade and there were certainly spinning wheel and ball games in Europe during the 17th and 18th centuries.

Other stories tell of Roman sldiers using a chariot wheel in a game of chance. The Earliest game we would recognise as Roulette was probably played in the French casinos towards the end of the 18th century, it had the 38 numbers but the 0 and 00 they were originally red and black later changing to green to avoid confusion on the red and black bets. This version of Roulette migrated to America in the early 1800s but the high house take 5.26% was often increased by the casinos reducing the games popularity.

A major change took place when Francois and Louis Blanc, introduced the very first single zero roulette wheel in 1842. The single ‘0’ wheel completely changed everything about the game, particularly the House’s edge, which was now reduced from 5.26% to a 2.70%. They originally set up in Germany and when gambling became illegal there as it was in France they set up on Monaco thus were born the famous casinos of Monte Carlo and it became the home of European Roulette and the playground of the rich and famous.